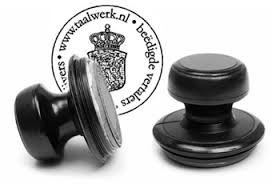 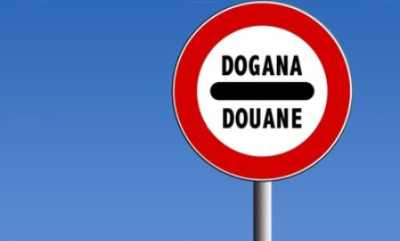 EN – The International Criminal Court (ICC), governed by the Rome Statute, is the first permanent, treaty based, international criminal court; it is an independent international organization, is not part of the United Nations (UN) but works together with them. It was founded in 1998, has been operational since 2002, is based in The Hague (the Netherlands) and counts over 120 participating countries, including all EU countries.

The Court is empowered to judge individuals, heads of state and government who have committed genocide (total or partial destruction of a national, ethnical, racial or religious), crimes against humanity (acts such as murder, deportation, torture and other perpetrated as part of a widespread or systematic attack directed against a civilian population), war crimes (violations of international humanitarian law as intentionally directing attacks against civilian populations and objectives, which are part of a political program or take place on a large scale). The Statute also provides for crimes against peace (aggression), but the jurisdiction is subject to the introduction of a definition of aggression in a future amendment of the Statute itself.

The entire sector, but especially the university education category, underwent a radical renewal at the end of the 1990s, motivated both by choices of national significance and by the desire to bring the system into line with the European model outlined by the Bologna Process, which Italy has helped to promote from the outset.

In March 2010, along with the Bologna Process’ decade anniversary,  during the Budapest-Vienna Ministerial Conference, was launched the European Higher Education Area (EHEA) to ensure more comparable, compatible and coherent systems of higher education in Europe.

Ialian is also used by minority communities in a number of countries including Malta, Libya, Somalia, Slovenia, Croatia, as well as by expatriate communities in the USA, UK, Argentina and Australia.

The Languages for the Future report of the British Council, the UK’s international cultural organisation, identified the ten languages most important and vital to the UK over the next 20 years:

Italian has given many words to English

Last year, the British Council’s English Effect exhibition revealed the influence that languages such as Italian have upon the English language. English words such as ‘solo’, ‘balcony’, ‘studio’, ‘malaria’ and ‘umbrella’ were all derived or adopted from Italian. The exhibition showed how Italian influenced the development of the English language in the past, and now research suggests that it should be recognised as an important language for the future of the UK, too.

International study in Flanders (Belgium), in the heart of Europe
Flanders has two cities with highest quality of life for expats: Antwerp and Brussels.

Flanders is the Flemish (Dutch-speaking) Community of the federal Kingdom of Belgium, the northern part of Belgium, nestled between the Netherlands and France.
The capital of Flanders is Brussels, a capital it shares with Belgium and the European Union.

Flanders’ six million inhabitants live right at the crossroads of Europe. Amsterdam, Köln, London and Paris are all within a radius of 300 km.

Belgium has three official languages: Dutch, French and German. Dutch (‘Flemish’) is spoken in Flanders. French is spoken in Wallonia, the southern part of Belgium, while German is spoken in the border region with Germany. The three language communities have their own state, with an elected parliament and government.

Brussels has a bilingual status. As the capital of Europe, it has become the headquarters of a long list of international organisations and companies. Read more

Visa & Residence
Before you start your studies in Flanders, please visit the Belgian Embassy or Consulate in your country. They will help you with the proper formalities for entering Flanders, Belgium. Read more

Tuition, Costs & Grants
For all Bachelor and Master’s degrees at both universities and university colleges there is a yearly tuition fee.
Students from within the European Union will have to pay a minimum of 550 euro. For other nationalities the tuition fee will vay according to the type of programme.
There are reduced fees for students from certain developing countries. Read more

On the base of European Agreement (see the Bologna Process), all in the Netherlands acquired degrees are internationally accredited.

When studying abroad, it normally cannot be expected that degree programs are offered in the own native language. Nevertheless, the Dutch universities prove internationality when it comes to this: many universities run various programmes in English or even German. Speaking a foreign language therefore does not necessarily have to be an obstacle when studying in the Netherlands. Read more

To enter the Netherlands for study purposes, nationals from most countries need a visa. Once in the Netherlands, a residence permit or a work permit is often required.
Non EU/EEA students

Just like many other countries, the Netherlands has been part of the ”Bologna Process”. This is a set of agreements between European countries to standardize education standards. Therefore, with a graduation at a Dutch university, a Bachelor’s or Master’s degree can be received. This system generally requires four to six years of study to successfully obtain a Master’s degree.

All those who are older than 29 have to pay so called Instellingencollegegeld. The amount is from different university to university.

2) NON-EU-students normally have to pay much more than EU members,
the prices vary from 6,000 to 12,000 EUR and can be found on the corresponding university websites or ont Nuffic’s website www.nuffic.nl/en.

Nuffic is one of the largest and most prominent knowledge centres in Europe in the field of international recognition (descriptions and evaluations) of diplomas.